Kimba, a little 13 years old male neutered Bichon Frise, was presented to the VRH with a history of being restless and yelping in pain for 4 days, with hindlimb ataxia (wobbliness). On examination, Kimba had marked lumbar (back) pain and mild ataxia of his back legs (wobbliness) with proprioceptive deficits: these symptoms usually indicate a disorder of the spine, such as a disc hernia, fibrocartilaginous embolism or cancer.

A blood test showed that Kimba had an increased blood calcium. Several diseases can cause this, including some cancers or diseases that damage the bones, as well as disorders of the kidneys or parathyroid glands.

Kimba had a CT scan of the spine under anaesthesia (see pictures below) which showed multiple aggressive osteolytic lesions (bone destruction) affecting the lumbar and thoracic vertebrae in the spine, with associated soft tissue mass lesions. These results indicated that a cancer was most likely. The cancer was destroying the bones, causing pain, and pressing on the spine, causing the wobbliness: there was moderate to marked compression of the spinal cord.

Aspirate samples were taken using small needles from one of the affected vertebrae under the same anaesthesia (aspirates from the lytic L5 vertebral dorsal spinous process). The samples confirmed a cancer called multiple myeloma.

Multiple myeloma is a cancer of the plasma cells, which are part of the immune system. The cancer usually affects and destroys bones, causing severe pain and sometimes secondary fractures. The cancer also often causes a high blood calcium, like for Kimba, and high levels of globulin, a type of protein, in the blood and urine. Kimba didn’t have high globulin, so his multiple myeloma was called non-secretory: this is an uncommon version of the disease. Side effects of the cancer can also include excessive bleeding, kidney failure, an abnormal brain function with dementia, confusion or seizures, and a depressed immune system, placing affected dogs at risk of infection.

While multiple myeloma cannot be cured, it is a cancer that often responds very well to treatment with anti-cancer drugs (chemotherapy). While in humans, chemotherapy is often given in large doses that cause sickness, in dogs our approach is different. We use smaller doses and the majority of our chemotherapy dog patients have no side effects and a good quality of life. Without treatment, dogs with multiple myeloma remain in severe pain and are usually euthanased or die within 6 weeks. With the right treatment, 92% of dogs improve and the mean survival is 1.5 to 2.5 years.

Kimba started chemotherapy with a drug called melphalan, which is taken in tablets. In his case, the tablets are given once a day for 5 days, and this is repeated every three weeks. A vet check and a blood test are recommended every three weeks before each treatment period, to make sure that there are no side effects of the treatment on the blood cells and no signs of cancer relapse. At the beginning of treatment, Kimba also received prednisolone, another drug with anti-cancer effects, and strong opioid painkillers for his bone pain (a fentanyl patch was placed on one of his legs). We also gave Kimba a single intravenous infusion of the drug pamidronate, which helps reduce bone resorption and reduces bone pain for up to 4 weeks.

Kimba responded rapidly to the treatment. One week after the start of treatment, he was back to normal at home, with no wobbliness and no signs of pain, and has remained well since then. At time of writing Kimba has remained in remission for two years and eight months after his cancer was first diagnosed at VRH, and is now 17 years old. He remains happy and pain-free on his regular melphalan treatment with no visible side effects. Both Kimba’s family, his primary vet and the VRH team are very pleased with the results of our treatment and we hope that Kimba continues to do well! 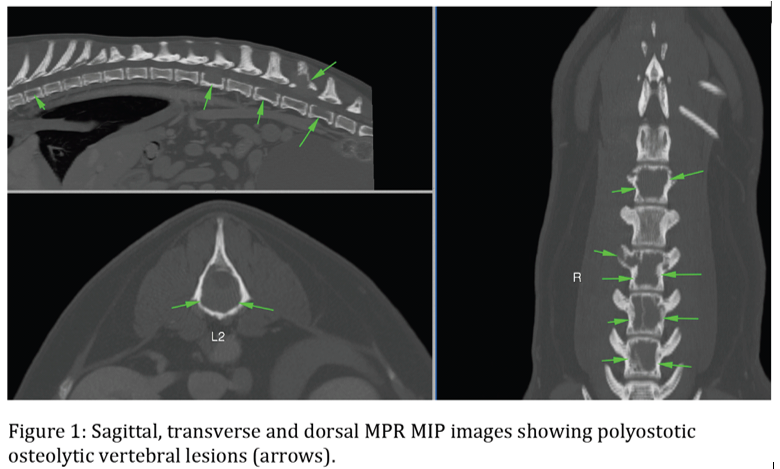 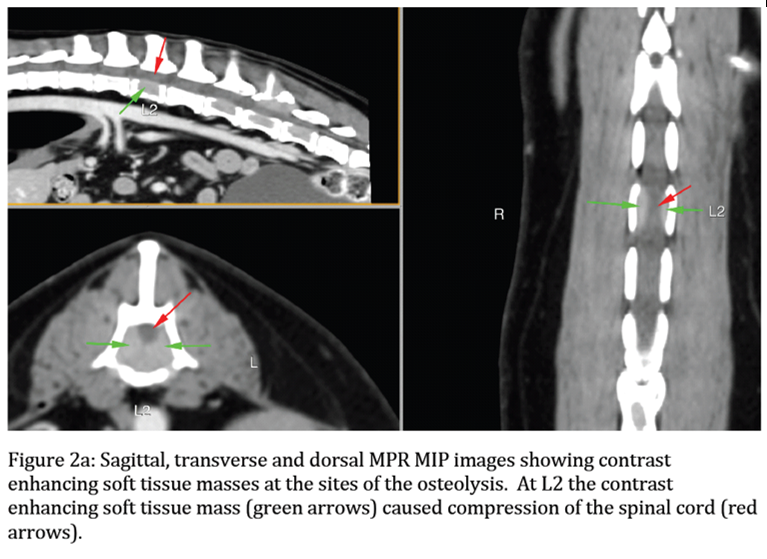