Chevy, a three-year-old male Staffordshire Bull Terrier, came to VRH having been referred after eating a corn on the cob the evening before. Chevy has a tendency to chew things and had been seen previously at the Hallam Animal Emergency Centre after eating a piece of plush toy and later a kitchen sponge.

While a surgery can be required to remove such a foreign body from the stomach, in many cases we can successfully retrieve foreign bodies by endoscopy. Endoscopy still requires a general anaesthesia, but is much less invasive than a surgery, has less potential complications and is considerably more affordable.

In Chevy’s case, endoscopic retrieval of the corn on the cob was successful. It required the use of grasping forceps and large rigid forceps. The procedure caused mild trauma to the oesophageal and gastric mucosa, which is expected.

There was also a mild gastro-oesophageal reflux during the procedure. Due to this, there is a small risk of oesophagitis or oesophageal stricture following the procedure. Chevy was discharged with sucralfate and omeprazole treatments to promote healing of the oesophageal and gastric mucosa and reduce the risk of later complications.

The medicine team at the VRH welcomes referrals of cases with oesophageal and gastric foreign bodies. Endoscopic removal of these foreign bodies is often successful and very gratifying for us as we can avoid more invasive surgical procedures for these patients. We have successfully removed a vast number of foreign bodies, from socks and pieces of toys to beer bottle tops! If endoscopic retrieval is successful, patients can usually be discharged the same day. In the cases where the procedure is unsuccessful, the cases are referred to our surgery team for surgical removal. 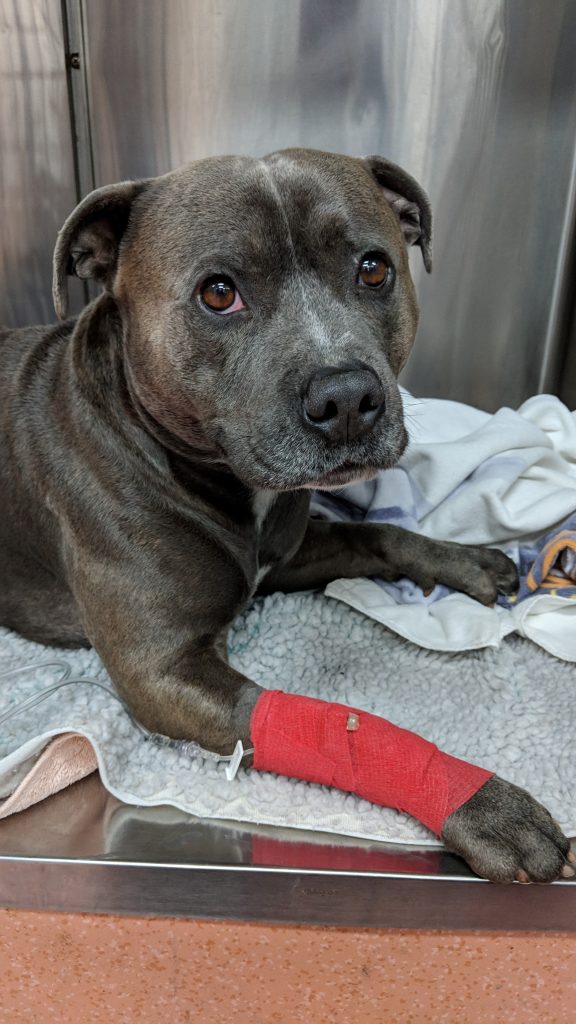